Building on the spark that fired her passion for performing and combining her soulful vocals and guitar styling, ABBY K. writes with impactful vulnerability, reaching her audience on multiple levels.

Hailing from a small town outside of Edmonton, Alberta, 20-year-old ABBY K. released her debut single "Home" in May of 2018 and her spark grew into a flame for all to see. People were starting to take notice. Building on the success of her debut single, ABBY K. followed up with the release of "Better On My Own" which reached #8 on iTunes Top Selling Singer-Songwriter singles chart. "Better On My Own" also caught the attention of radio securing feature spins on radio stations in Alberta, BC and Ontario.

After a summer of performing at festivals such as Wild Oats and Notes Music Festival, the Firefly Acoustic Music Festival, Vegreville Fair Kick Off and Alberta Culture Days, ABBY K. released her third single "Hey". Shifting focus in the fall, ABBY K. was back to her studies and writing and recording new music.

It's now 2020 and ABBY K. is ready for what's next. With a new song, produced by Towers, Brandon Unis (Karl Wolf) and Brad Simons (Nuela Charles), ready and raring to go, ABBY K. is anxious to take on 'what's next' and continue to reach and entertain new audiences. 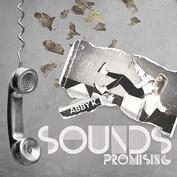